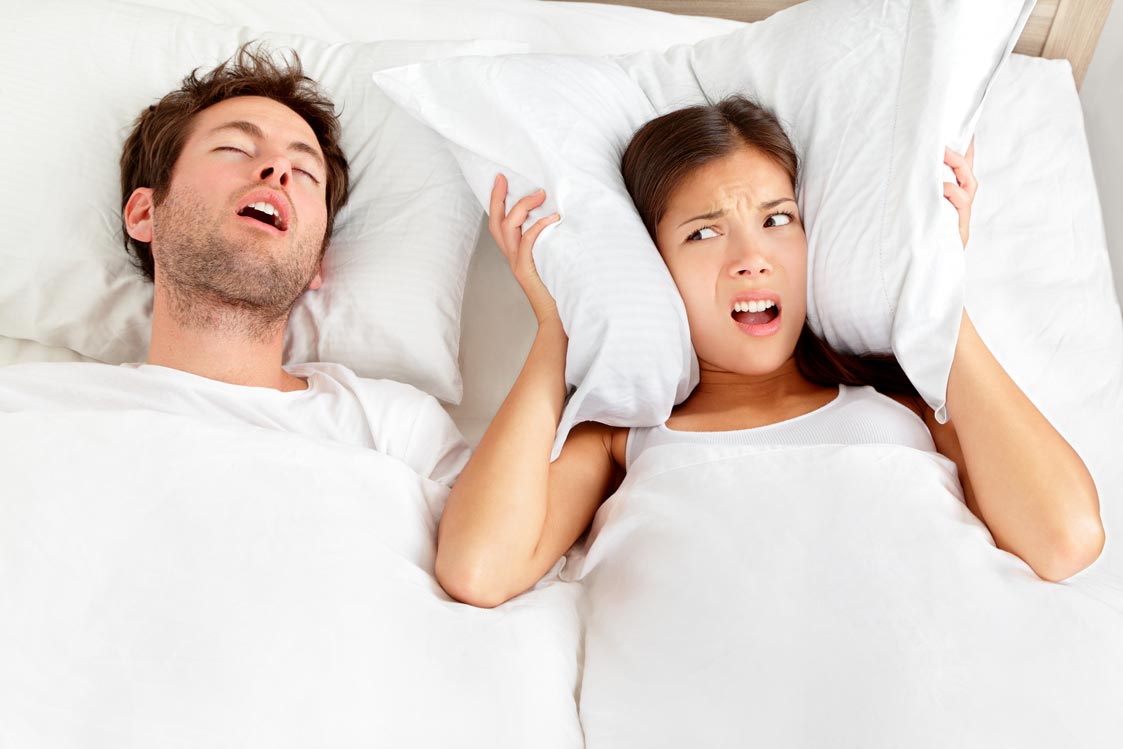 Sleep apnea is a common and serious sleeping disorder that happens when your regular breathing is interrupted during sleep. Snoring is common among patients with sleep apnea, but not all snorers have sleep apnea.

Obstructive sleep apnea (OSA) is the most common form of sleep apnea, affecting nearly 30 million adults in the U.S. Obstructive sleep apnea is caused by a blockage of the airway, usually when the soft tissue in the back of the throat collapses during sleep. People with untreated sleep apnea stop breathing repeatedly during their sleep, sometimes hundreds of times. This means the brain and the rest of the body may not get enough oxygen.

Am I at risk for Sleep Apnea?

Sleep apnea can affect anyone at any age, although men are more likely to develop the disorder. Risk factors for sleep apnea include:

What are the symptoms of Sleep Apnea?

Tell your dentist if you experience a combination of the following symptoms, as they can be signs of sleep apnea.

What is the treatment for Obstructive Sleep Apnea?

At our Westminster dental office, we offer several non-invasive oral devices to treat snoring and obstructive sleep apnea. These oral devices shift and support the jaw and open the airway during sleep. Click on each link below to read more about our sleep apnea treatment options.

Do you think you suffer from sleep apnea?
Call Finksburg Dental Associates in Finksburg, MD at (410) 861-8900 to schedule an appointment!